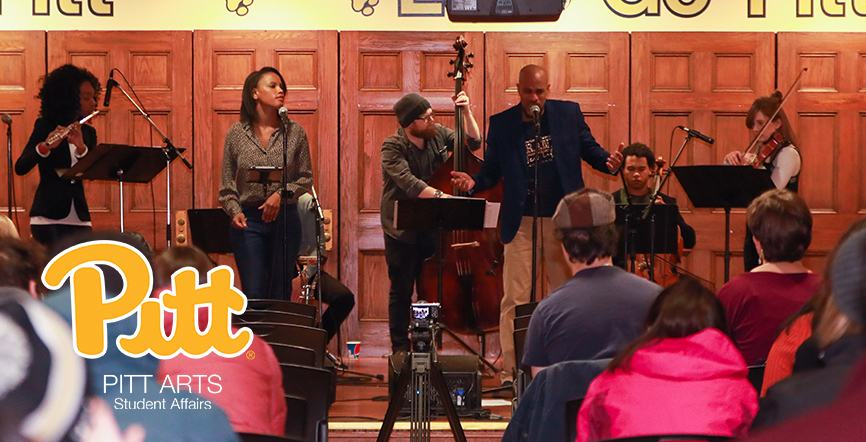 Now in its 36th year, this EQT Children’s Theater Festival fosters imagination through high-quality professional theater performances from around the world. This year’s featured arts groups and performers hail from France, South Korea, Switzerland, and the United States.

Four characters take shelter from an impending catastrophe outside and not only find themselves stuck in one room, but stuck with each other. Endgame is an exploration of ending – ending life, ending time, and what we find at the conclusion.

Reality becomes stranger than fiction when an acclaimed romance novelist wakes up in the home of his “Number One Fan.” Rescued from a wintery car crash, Paul Sheldon finds himself incapacitated in the secluded home of Annie Wilkes, a seemingly kind nurse. When events take a nightmarish turn, the injured Paul realizes the unhinged Annie has no intention of letting him leave. Based on Stephen King’s best-selling novel, barebones’ production of Misery will thrill Pittsburgh audiences as the company returns to the stage for the first time in two years.

The world at large has been inundated with news from the recent Russian incursion into the country of Ukraine. While the storms of war gather, pianist and composer Vadim Neselovskyi chooses to remind people of the country’s important cultural legacy. Neselovskyi has created a full-length solo piano piece inspired by his hometown on the Black Sea—and a Unesco World Heritage City of Literature—Odesa.

The symphonic waves of La Mer suggest more than the tumult of the sea. Here was the new language of musical impressionism that influenced music and musicians throughout the last century.  What began with Debussy continued through Ravel, two masters who colored their sound with radiant orchestral palettes.  Plus, Alexi Kenny plays Bartók’s scorching Second Violin Concerto.

The award-winning Afro Latin Jazz Orchestra (ALJO), led by Arturo O’Farrill, brings together the drama of big band jazz, the culture of Latin music, and the virtuosity of eighteen of the world’s most accomplished solo musicians. Eighteen years of critically acclaimed performances internationally, have firmly established the ALJO as the standard-bearer for creative interpretation of Latin jazz greats such as Tito Puente, Frank “Machito” Grillo, and Chico O’Farrill, as well as the driving force behind new commissions from Latin music’s most talented composers and arrangers.

The Garbologists
City Theatre
Through May 22, 2022
1300 Bingham Street, South Side
$15 Students with code CITYUPS, $27 Faculty/Staff/Osher with code CITYUPF
(There are no Cheap Seats discounts for Saturday evening performances)

An unconventional buddy comedy follows first time sanitation worker Marlowe and lifer Danny in the cab of a nineteen-ton garbage truck in New York City. Tasked with picking up what the world has discarded, they learn that some things are easier to toss than others.

Classical precision, superb storytelling and Tchaikovsky’s seminal score collide to create one of ballet’s most iconic works of art. The beautiful Odette, cursed to live as a swan, meets the prince who could break the spell – but the wicked Von Rothbart has plans of his own. Artistic Director Susan Jaffe’s own acclaimed history culminates in a new restaging of Swan Lake.

Working Thought showcases artwork across media and generations, highlighting connections between diverse artistic practices. In this exhibition, a combination of new commissions and loans are presented alongside works from the museum’s collection, positioning the collection in a new light and within the context of the history of Pittsburgh as a center of industry.

After abandoning her university studies in chemical nuclear engineering, Paola Pivi shifted her ambitions towards a career in contemporary art. Celebrated today for her provocative eccentricity, Pivi’s artistic production is full of odd encounters and whimsical moments. From animals in strange habitats, to an 18-wheeler truck positioned on its side, to gushing fountains of juice, ink, and espresso, the artist asks the public to reconsider the manipulation of the natural world around us. Pivi’s diverse practice, spanning documented performance, design, sculpture, video, photography, and installation, has, over the last two decades, often manifested itself through industrial materials or wildlife arranged in new incarnations and pop cultural representations.

The Glories of Venice

The Goldberg Variations, published in 1741 as “an Aria with diverse variations for the harpsichord with two manuals for the delight and entertainment of music lovers,” are the fourth and final volume of Johann Sebastian Bach’s Clavier-Übung (“keyboard practice”) collection. Bach’s last published word on keyboard playing, the Goldberg Variations are a brilliant display of compositional command and stylistic inventiveness, coupled with an unprecedented, acrobatic virtuosity and flat out humor.