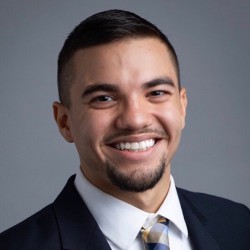 When Mark came to the University of Pittsburgh, he knew he could make an impact but hesitated to follow those gut feelings because he did not see himself represented on campus. After overcoming those fears, Mark helped create spaces that he desired for himself and others. Mark is the founder of the Latin Student Association (LSA), he was a Resident Assistant for three years, and was a Roberto Clemente Minority Business Association Peer Mentor.

Naturally, Mark is a loud, bubbly person who likes to talk and joke with people. Looking back at his first year, he thought he had to dampen his personality and act very serious. After realizing that is not who he is, he accomplished more and impacted those around him in a positive way. Mark expressed how college opened his eyes to who he truly was, what he was interested in, and how he could develop his skills. 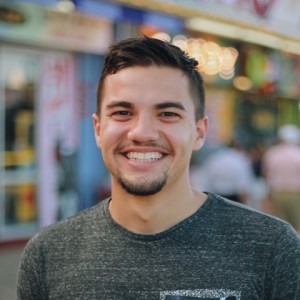 Even though the Latin Student Association is less than five years old, Mark and the organization made great strides in recognizing and advocating for Latinx students at Pitt. LSA collaborated with the University to recognize Hispanic Heritage Month for the first time at Pitt. LSA and the accomplishments made by the group are some of Mark’s proudest achievements.

Working and living as a Resident Assistant (RA) is a full-time job that never sleeps. For three years, Mark oversaw 150 students, monitored their well-being, and completed a variety of other tasks to engage and provide growth opportunities for residents.

In his senior year, Mark was featured as a distinguished student speaker at the annual Panther Leadership Summit. He spoke to a group of student leaders about moving to make change during his talk, “Muévete: Change is in the Movement.” During his years at Pitt, Mark changed campus for the better by creating spaces and being an example for future students to see themselves in positions of influence.

After graduation, Mark will begin a management consulting position with Ernst & Young in Philadelphia, PA. In the future, he would like to earn a master’s degree with a long-term goal of following one of his deepest passions to find a career in non-profit management.