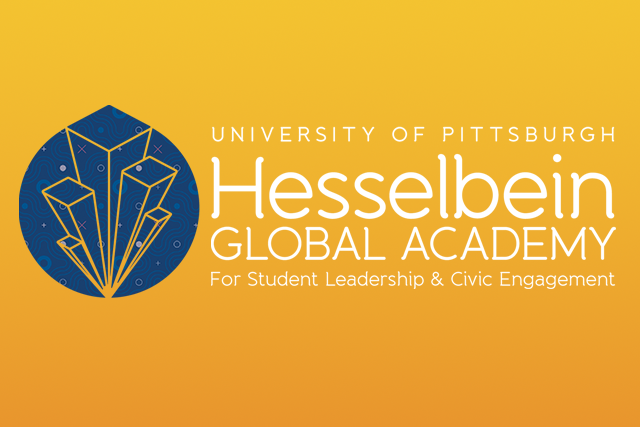 Hesselbein Global Academy: Ten Years of Nurturing the Next Generation of Leaders

A global leadership academy at the University of Pittsburgh which continually draws international attention celebrated its 10th anniversary this year.

The Hesselbein Global Academy for Student Leadership and Civic Engagement brought students from 15 countries to Pittsburgh for a four-day Student Leadership Summit in July. Delegates participated in workshops, service projects, attended lectures and dined with local Pittsburgh leaders in every sector.

Tapping an alumni network 500-strong, the Hesselbein Global Academy also invited back speakers and mentors to inspire this year’s cohort. Luis Miranda, a 2012 participant, spoke about his struggles and triumphs in international peace keeping efforts, specifically with the Colombian peace process. Aster Teclay, a 2009 participant and a 2010 graduate of the University of Pittsburgh, stressed the importance of self-belief. “If your actions inspire others to learn more, become more, you are a leader,” said Teclay, senior project manager at the Housing Authority of the City of Pittsburgh.

To recognize the 10 year anniversary of the Academy, over 50 alumni returned to Pittsburgh to attend a 10 Year Celebration Dinner and to participate in Summit events which featured several alumni as speakers and facilitators.

Major General Randall Fullhart, Commandant of the Corps of Cadets at Virginia Polytechnic Institute and State University, was honored this year for being a Hesselbein Global Academy mentor for all 10 years of the program’s existence.

A U.S. Air Force pilot who has commanded expeditions in Operation Allied Forces and Operation Iraqi Freedom, Maj. Gen. Fullhart said “I am continually inspired by all the young adults who are selected and attend each year. They have already accomplished so much in their lives, compared to many, and are undaunted about the future. There are no limits!.”

“The challenges leaders face today are not necessarily different or even unique,” said Fullhart. “What has changed is the ‘noise’ of communication, social media, the endless number of channels that can make it much more challenging for leaders to cast their vision and operationalize their mission. This group is uniquely qualified to handle it because they have grown up in that environment and are much more adept at handling the tools.”

Over the past 10 years, student leaders from 72 countries have participated in the Hesselbein Student Leadership Summit.  The Summit is not just a crash course in leadership development but an opportunity for cultural exchange. At the 2018 Summit, students from Pakistan, Democratic Republic of Congo, Columbia, Malaysia, St. Kitts and Nevis, Kenya, South Africa, Mexico, Saudi Arabia, Ecuador, Kosovo, Rwanda, and Vietnam all mingled and formed connections over the four-days. They returned home with new knowledge and skills, fortified with confidence in their ability to lead the charge for global change.

Sarah Popovich (SarahPopovich@pitt.edu) in the Office of Cross Cultural and Leadership Development is the program manager of the Hesselbein Global Academy. She is thankful to be a part of creating a cadre of experienced, ethical leaders, prepared to address the world’s critical issues and meet the challenges of tomorrow. To support the Hesselbein Global Academy, please visit: https://www.alumnionline.pitt.edu/s/1729/2-pittsburgh/interior.aspx?sid=1729&gid=2&pgid=3151.

Check out this video recap of the 10 Year Celebration and 2018 Summit: 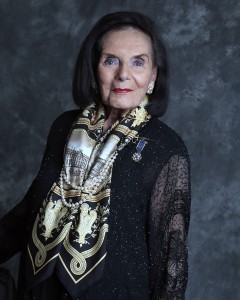 Frances Hesselbein was awarded the Presidential Medal of Freedom — the nation’s highest civilian award — by former President Bill Clinton in 1998 for her efforts and accomplishments as CEO of Girl Scouts of the USA, from 1976 to 1990. During that time, she tripled the nonprofit’s minority membership. More recently, Fortune named her one of the World’s Greatest Leaders in 2015, among Pope Francis, Lebron James and Chief Justice John Roberts Jr.

In 2009, Pitt launched the Hesselbein Global Academy as a way of honoring the legacy of one of the most highly respected experts in the field of leadership development. Today, Hesselbein is editor in chief of the Leader to Leader Journal and serves as the Chairman of The Frances Hesselbein Leadership Forum in the Graduate School of Public and International Affairs (GSPIA), Johnson Institute for Responsible Leadership at The University of Pittsburgh.

She has been awarded 22 honorary degrees at universities worldwide and counts herself a proud Pitt alum.