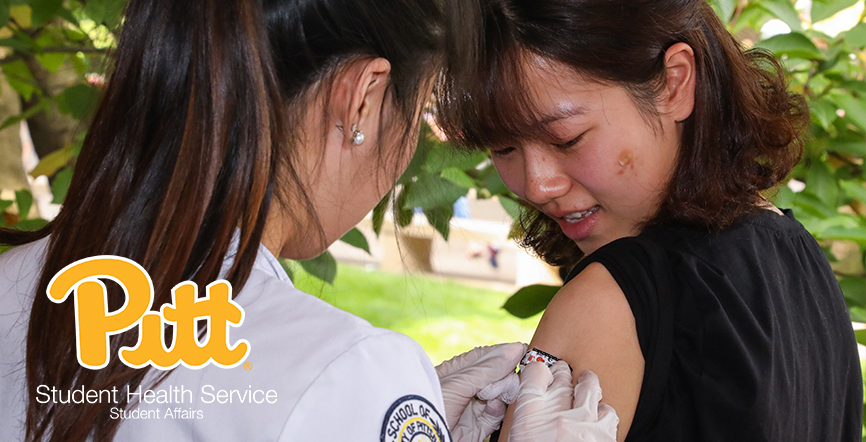 This page includes the following topics about alcohol:

What kind of substance is alcohol?
How does alcohol move through the body?
What is “one standard drink”?
Knowing your Blood Alcohol Content (BAC)
What factors affect your response to alcohol?
What is the difference between Men and Women?
How can I drink responsibly?
What is a hangover and can I prevent it?
What is the difference between a blackout and passing out?
When a friend has had too much

What kind of substance is alcohol?

Alcohol is classified as a depressant, and acts by slowing down your central nervous system, and causing impairment in your motor coordination, reaction time as well as your judgment and reasoning.   Ingesting high amounts of drinking can cause your respiratory system to slow down drastically and could potentially cause a coma or death.

Mixing with Depressants
It is particularly dangerous to mix alcohol with other depressants, such as marijuana, date rape drugs like Rohypnol or Ketamine, as well as tranquilizers or sleeping pills.   Combining depressants multiplies the effects of both drugs and can lead to memory loss, coma or death.

Mixing with Caffeine
A new trend that many college students are experimenting is the mixing of alcohol with products that contain caffeine or energy drink ingredients.   Combining caffeine and alcohol can cause an “awake drunk” effect, thus, making individuals feel more energetic, even if intoxicated, which can lead to dangerous behaviors such as driving drunk, sexual consequences or regrettable actions.   Additionally, this mixture increases the risks of alcohol poisoning by causing a “less drunk” feeling which can lead to drinking more alcohol for longer periods of time.   Moreover, alcohol and caffeine can lead to higher levels of dehydration, as well as rapid increases in heart rate and blood pressure.
TOP

How does alcohol move through the body?

Alcohol is metabolized and broken down by enzymes in the liver.   The most important point to remember is that the liver can only process one ounce of liquor (or one standard drink) in one hour.   Drinking more than this, will result in your system becoming saturated, and the additional alcohol will accumulate in the blood and body tissues until it can be metabolized.   This is why having a lot of shots or playing drinking games can result in a high blood alcohol concentration that lasts for several hours.
TOP

What is “one standard drink”?

As most college students do not measure a standard drink (i.e. red solo cup), they tend to not measure the amount of alcohol in a cupful.   It is important to remember that ‘1 drink’ is not one cupful—it is how much alcohol is actually in what you are drinking.   Knowing how to count a standard drink is necessary for understanding how much alcohol is in your body and to correctly calculate the BAC or blood alcohol concentration.   Refer to the photograph depicted below for guidance.

Beer
One drink = one 12-ounce beer or the second line from the top of a red solo cup.   This is normal-strength beer (4% alcohol).   Micro-brews and malt liquor have a higher percentage of alcohol (check the label).

Wine
One drink = 5 ounces of standard wine or the second line from the bottom of a red solo cup.   This is most table wines: white, red.

Liquor
One drink = 1.5 ounces of liquor (40% alcohol or 80 proof) or the bottom line of a red solo cup.   This is how much whiskey, vodka, gin, etc. is in a measured mixed drink or in a standard-size shot glass.   Remember that mixed drinks may not be measured and often contain far more than 1.5 ounces of alcohol.   Drinks with a higher proof (like grain alcohol, Everclear, or 151 proof rum) should be treated with caution.

Jungle Juice
One drink = ???   Jungle juice is a combination of various liquors (i.e. everclear, vodka) fruit juice, and may or may not contain chunks of liquor soaked fruit.   The concoction consists of upwards of 20% alcohol, though this is not a confirmed measurement.   Generally, the assumption is that one cupful is equal to 5 or 6 shots is equal to 5 or 6 drinks.   This can be a dangerous mixture to ingest as each mixture varies depending on the ingredients.
TOP

Understanding BAC is key to understanding how alcohol affects your body and how too much can lead to an alcohol emergency.   BAC measures the ratio of alcohol in the blood.   So, a BAC of .10 means one part alcohol for every 1000 parts of blood.

To calculate your BAC, select the appropriate chart–and then find the row with your approximate weight.   Then select the number of drinks consumed.   This BAC figure would result if the total number of drinks were consumed in one hour.   Since your liver takes 1 hour to metabolize 1 standard drink, be sure to subtract .015 from your BAC each hour after drinking.

Students can pick up a wallet-sized BAC card at SHS Office of Health Education and Promotion (Nordenberg Hall – Wellness Center), or download a BAC app for your Smartphone.

** These charts are intended to provide a general guideline for you.   Every person reacts differently to alcohol and additional aspects such as body composition, use of medication or other drugs, mood changes as well as metabolism should be factored.

Effects of blood alcohol content on thinking, feeling and behavior:
Now that you know how to calculate BAC, see how alcohol affects your body at different levels.

0.08 %
Legal definition of intoxication in PA for people 21 years and older.

0.20%
Feelings of numbness; all mental, physical, and sensory functions are severely impaired; nausea and vomiting; must have assistance standing or walking; risk of severe injury from falls and accidents; increased risk of asphyxiation from choking on vomit, needs medical assistance.

>0.40%
Comatose; absence of perception; death due to respiratory arrest is more likely.
TOP

What factors affect your response to alcohol?

Food
Having food (especially high fat and high protein foods such as chicken or cheese) in your stomach can delay the absorption of alcohol into the bloodstream.   The food will dilute the alcohol and slow the emptying of the stomach into the small intestine, where alcohol is very rapidly absorbed.   If the stomach is empty, alcohol can reach the small intestines in five minutes before being absorbed directly into the bloodstream.

Drugs/Medication
Mixing drugs and alcohol can interfere with several of the liver’s responsibilities.   If you take medication and alcohol is introduced, the liver will delay the breakdown of everything except the alcohol.   As a result your Central Nervous System can be subjected to the effects of both drugs simultaneously or cause a cumulative toxic effect when the next dose of medication is taken.

Physical and Emotional State
Body chemistry can unpredictably affect the absorption rate of alcohol, and symptoms of fatigue and stress will be worsened by alcohol intoxication.   Always remember that alcohol is a depressant, and will act as such.

Gender
There are several physiological differences between a man and woman, which can impact a person’s reaction to alcohol.   In general, women are more quickly affected by alcohol.   Even if individuals of the same size drink the same amount of alcohol, the woman will feel the effects of alcohol more quickly and stronger than a man.
TOP

What is the difference between Men and Women?

Ability to metabolize alcohol
Within your stomach and liver there is an enzyme called dehydrogenase which helps rid the body of alcohol.   Women produce LESS of this enzyme than men.

Hormonal factors
Hormonal changes can cause a quicker rate of intoxication during the days right before a woman gets her period.   Birth control pills or other medication with estrogen will slow down the rate at which alcohol is eliminated from the body.
TOP

How can I drink responsibly?

If you choose to drink, the best way to be safe is moderation.   The following tips are a starting point for you to drink more responsibly:

What is a hangover and can I prevent it?

A hangover is your body’s reaction to poisoning and withdrawal—a common result of overindulging in alcohol.   Symptoms that can occur include headache, fatigue, thirst, nervousness as well as possible nausea and abdominal cramping.

There are many different things that are considered the cure for a hangover.   Here are a few myths that do NOT help to cure hangovers:

Here are few suggestions that may help to cure a hangover:

Please note: Alcoholics report fewer hangovers than drinkers who are non-alcoholic; this may be because they have learned to ignore the symptoms.
TOP

What is the difference between a blackout and passing out?

“Blackouts” (referred to as alcohol-related memory loss) occur when people have no memory of what happened while intoxicated.   They can last from a few hours to several days.   During a blackout, someone may appear fine to others; however, the next day they cannot remember parts of the night and what they did.   The cause of blackouts is not well understood but may involve the interference of short-term memory storage, deep seizures, or in some cases, psychological depression.

A blackout is not the same thing as “passing out,” which happens when people lose consciousness from drinking excessive amounts of alcohol.   Losing consciousness means that the person has reached an extremely dangerous level of intoxication; they could choke on their vomit or slip into a coma.   If someone has passed out, call the Pitt Police (412-624-2121) to seek immediate medical attention.
TOP

When a friend has had too much
Be a Friend, Know the Signs, Call For Help

Be a Friend
Sometimes as a friend you may need to have the courage to step in and help someone who is drinking dangerous.   It is important to know how to size up a scene and help care for a drunken friend.   Be sure to review the section on How to Drink Responsibly for additional tips.

Know the Signs
Alcohol poisoning is serious, and can be fatal.   College students die every year from alcohol poisoning.   Therefore the signs that indicate this type of alcohol emergency are something every college student should be aware and understand.

To make sure you’re being safe understand the signs of an alcohol emergency:

Call for Help
If you think a friend is having an alcohol emergency but you are not sure what to do, call for help .   Alcohol emergencies require immediate medical attention.   Be sure to have the Pitt Police’s phone number (412)624-2121 for quick access to help on campus.
TOP